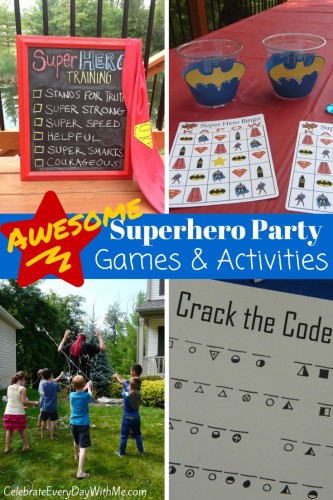 Last week, I shared the first part of my son’s superhero birthday party . . . simple but super decor and food.  Today, we’re talking superhero party games and activities {you’ll soon see why the final game was my favorite thing about this particular party!}. 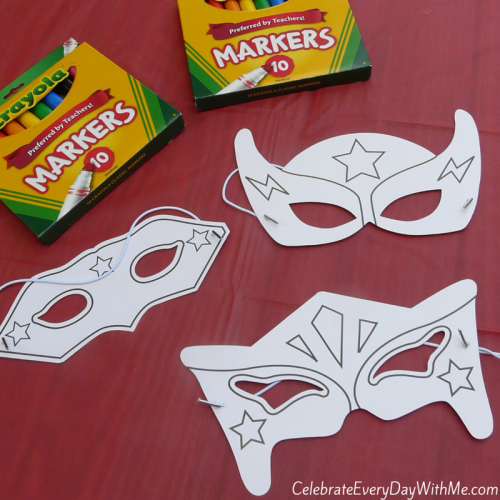 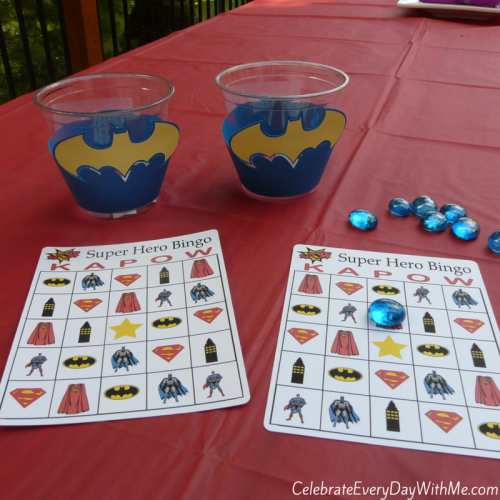 With my Silhouette Cameo, I made these Superhero Bingo boards.  I’ll admit this was a lot of work changing out images for each board before printing.  But the kids had fun with it as our second activity.

And then the activity that took most of our time:  Superhero Training 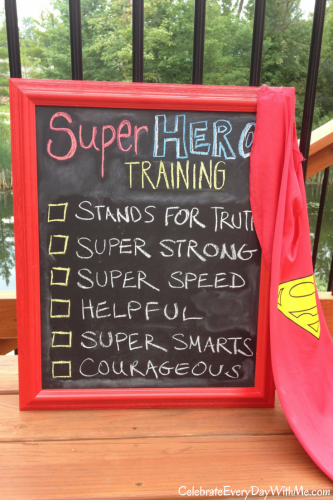 Taking the characteristics of a true superhero, I created activities to test our guests and help them to learn what it takes to be a hero. 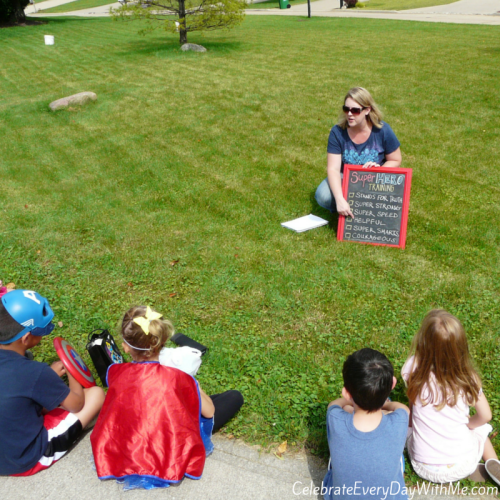 1.  A Superhero Stands for Truth.

Also known as superhero trivia time.   The kids had to answer these True/False questions.

2.  A Superhero is Super Strong. 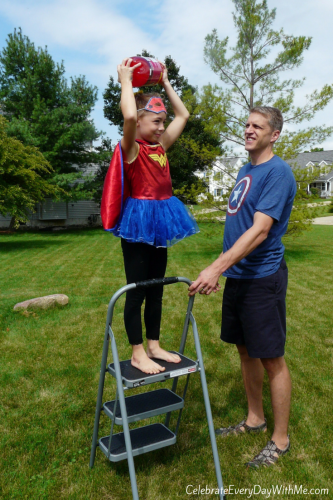 The kids had to climb a step ladder and hold a 3L soda bottle over their heads.  On a second try, they had to hold two bottles.

3.  A Superhero has Super Speed.

We divided the group into two teams to test their speed.  Each team had to send a person down a stretch of grass, around a tree and back to cue the next runner in line.

4.  A Superhero is Helpful.

We pretended someone was hurt and the group as a whole had to carry that person on a blanket.  Superheros are helpful and gentle (no dropping the allegedly injured).

5.  A Superhero uses his or her Super Smarts. 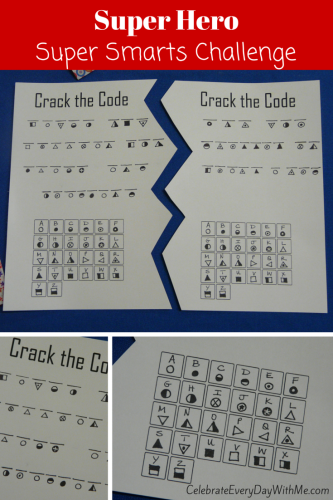 I love a good mystery code!  For this challenge, the two teams had to search for their “mystery envelopes.”  Inside, each team found a message to decode.  The teams took turns among their members figuring out what the message was.  But since each team only had half of the message (see above), they couldn’t figure it out.  We waited patiently until one of the kids figured out that if they put the two code sheets together, the message made sense.

It read:  “Watch out for the villain who dresses in black and wears a red headband.”

This led into our final challenge.  The man in black with the red headband and a test of courage. 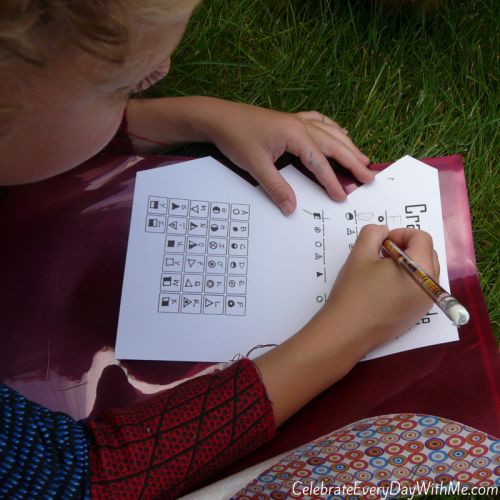 6.  A Superhero is Courageous. 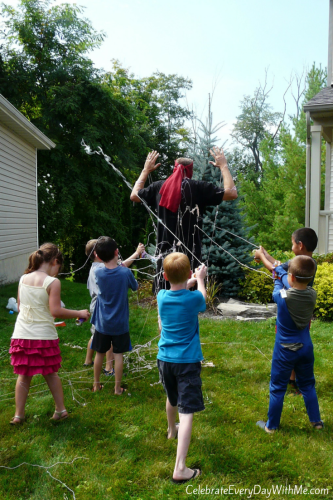 After the kids decoded the message, one of them caught a glimpse of a man in black with a red headband.  I am so thankful I married a man who can goof it up and have fun with kids.

Armed with a can of silly string, the kids showed their courage in fighting the man in black.  This was probably the favorite “challenge” for most of the kids. 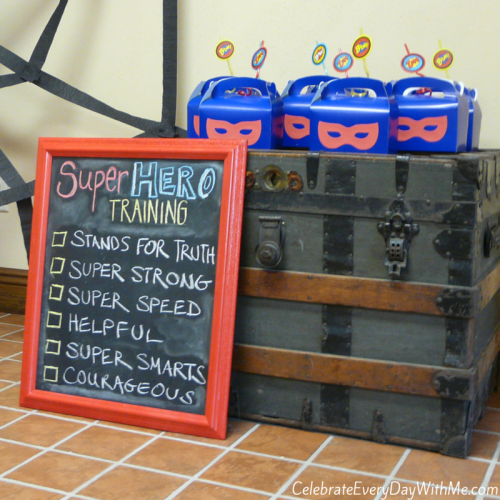 Would your kids enjoy the Superhero Training?

If you missed the first part of our Superhero Party, click here. 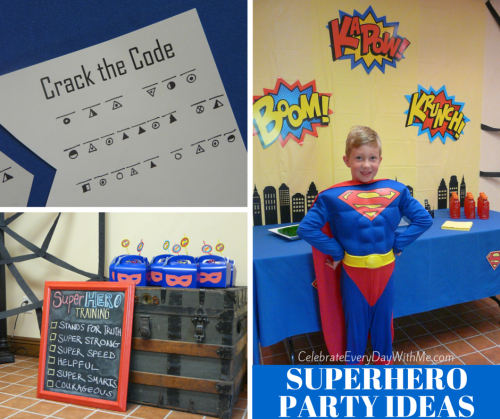 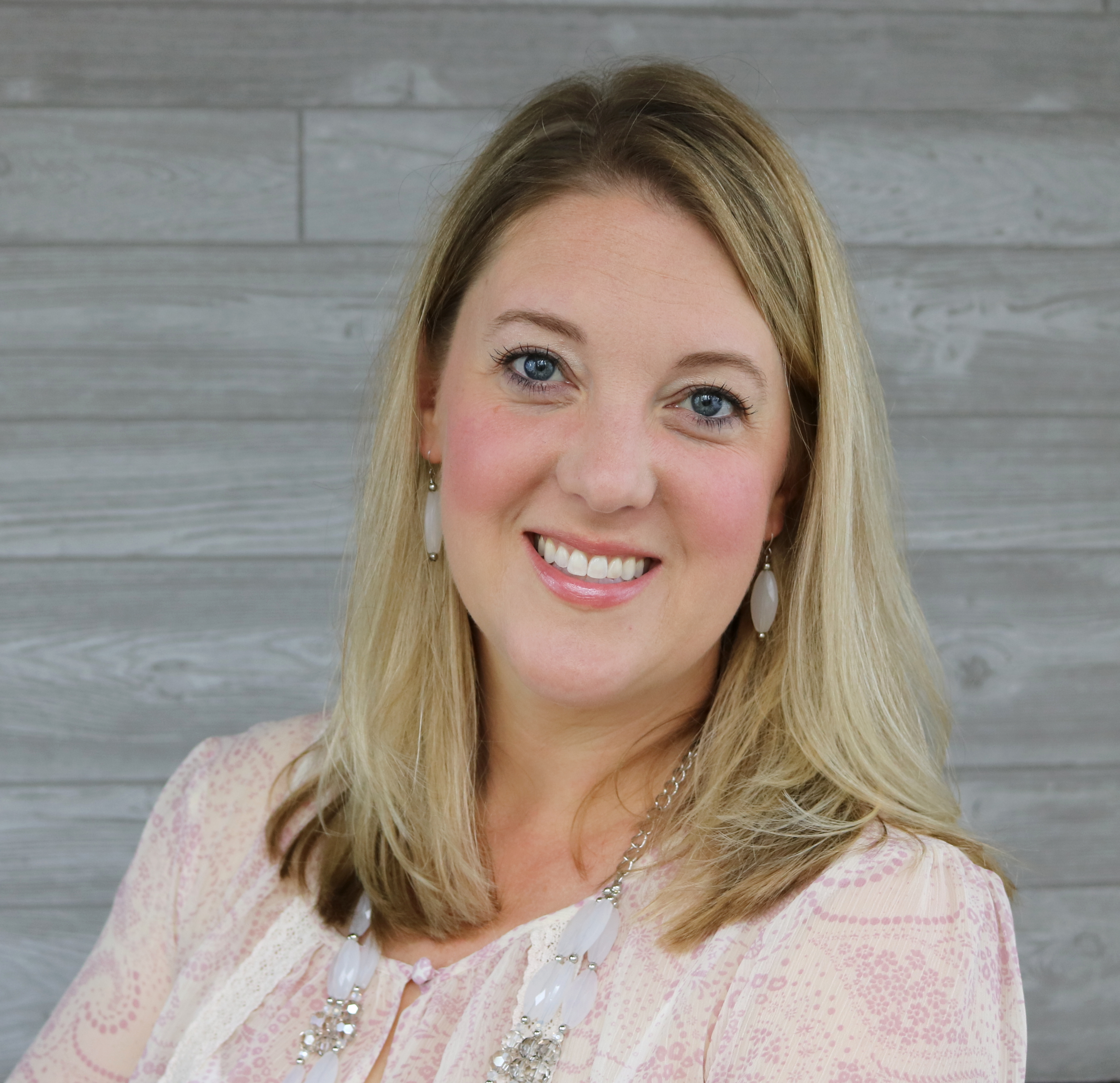 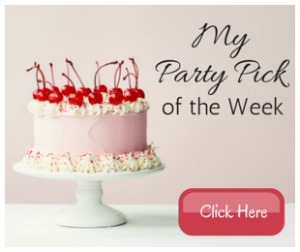